I am Charmi Shah. I remember I was on the vacation when I received a message from I-MEDITA and IBNC India about Project based Winter Training Program in CCNA (Routing and Switching). I visited their website and enrolled into the program thinking it would be fun learning something new. The time of the training arrived. On the very first day of the training, we realized it is super awesome. Our trainer was Mr. Saransh and he taught each and every concept of networking in such a way that we would never forget. Trust me when I say this, we never felt like sleeping or even as if any boring college lecture is going on. He shared his engineering stories with us and taught each concept of networking with real time examples. Those 8 days of training were the remarkable days of my whole engineering life. # training # networking # routing # switching # Protocols # Competition # Projects # Real devices # Me and so on.

Then the last day of training arrived and a small practical competition was organized and winners of that competition were supposed to participate in Indian’s Biggest Networking Championship Grand Finale going to held in IIT Delhi. In this Competition, if you are able to configure the entire given network you would win the zonal round and get selected for India’s Biggest Networking Championship. We all were ready for it. We were provided with a problem statement related to Network configuration and we have to troubleshoot accordingly.

I solved all the questions and performed configuration and troubleshooting properly and when result was announced my Name was called.”Congratulations Charmi you made it!!!! You won zonal and you are selected for India Biggest Networking Championship at IIT-Delhi” this was the moment I can never forget. From that moment I started dreaming about Championship and was working hard for it.

I was on the way to college to attend the university examination; I received a call I-Medita ad IBNC and was offered to be an assistant trainer. Without any doubts I was ready to be the assistant trainer because I knew that this opportunity won’t come back.

I assisted in a 2 days networking workshop in Indira College of Commerce and Science, Pune as a Technical Assistant Trainer. Both the days were awesome. I experienced many new things and enjoyed solving doubts of the students and interacting with them. Thanks to I-Medita for believing in me providing this opportunity.

The India’s Biggest Networking Championship Grand Finale 2015 was scheduled on March 29 at IIT Delhi. Every single participant was nervous and excited. We all were staring at the awards kept on the table with the confidence of winning it. We were provided with a pen, paper and ID-cards. Tik..Tik..!!!!!

The 1st round of the championship started, and everyone was hurrying in configuring their network in time, rushing, struggling, thinking hard and killing the keys of laptops. Pheww!!! It’s done. It was time to get it checked from the trainer and yes, I passed Round 1.

Now it was time for Round 2 and again we were given the sheet of topology and instructions and asked to get it configured in time. But, I lost it. I was not sad or upset because I believed that performing best is better than winning in competition. I was glad about how amazing the event was and I enjoyed it. I was a great experience. I got to interact with many other participants, trainers and organizers. All thanks to “IBNC INDIA and I-Medita Learning Solution (P) Limited” for providing us this platform to showcase are talent and build a confidence.

I am one of the Campus Ambassador from my college and I won 8GB Pen drive with my own name on it, this feels like a BOSS, TADAA!! Seriously, this is the biggest platform where you can showcase what you are and believe in yourself. Select your own choice of interesting training topics and kick start your beautiful career ahead. Mr. Shaunak got Placed in Sophos under CCIE Security Integrated from I-Medita Mr. Santosh shares his reviews on CCNA Routing and Switching Training at I-Medita 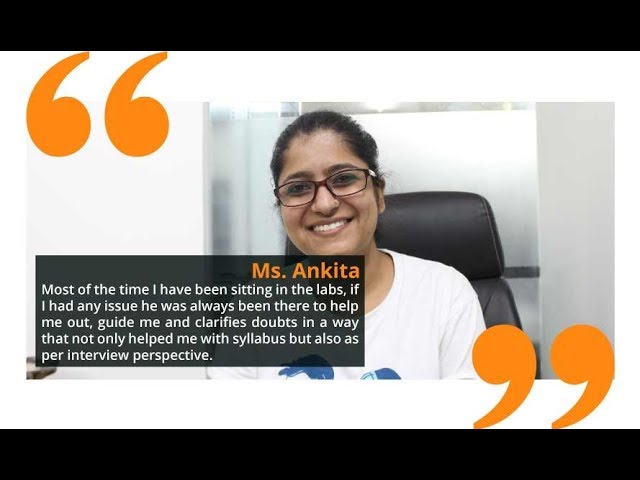