Cisco Routers and Switches Everything You need to know. 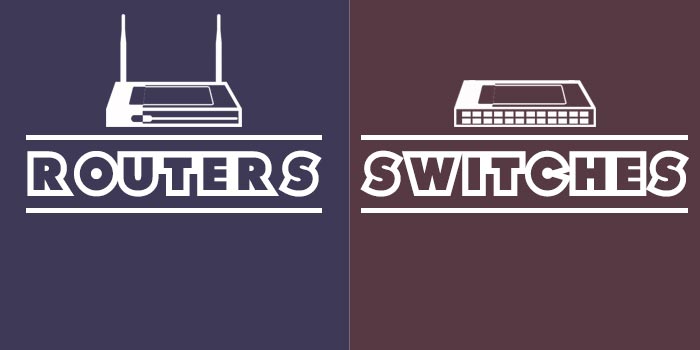 Everything you need to know about Cisco Routers-Switches and its series?

Networking is all about devices; routers, switches, firewalls, IPS, IDS etc. They are the devices that connect everything to everything and transfer as well as secure the data packets from one point to another.

The switch is a network device which is very similar to hub but is smarter than it. Switches work on layer 2 that is Data Link Layer of OSI Model. They are responsible for the transmission of data packets from one device to another within the network on the basis of MAC address.

Unlike hubs, switches keep a hardware table for all the hardware addresses/ Mac addresses of the devices in the network and send the data packets to the respective devices only. For example, if a message needs to be sent to machine ‘A’, the switch will forward it to all the devices in its network and then learns about the address of machine ‘A’ and the sender. It will store the hardware address of these devices on its hardware table. So now if machine ‘A’ responds to the sender, the switch knows where to transmit this message and will not broadcast it. Similarly, if a message is sent again to machine ‘A’, it will only be sent to machine ‘A’. This way after the initial transmission, the switch learns the hardware addresses (Mac addresses) of every device and stores them in its hardware table. After a certain period of the time, the data transfer is easy and to the exact point.

Switches work on a full duplex mode for data transmission, that is, sending and receiving of data can take place simultaneously.

Routers are the smartest of all network devices, starting from the 4 port broadband devices available everywhere to Industrial strengths Internet provider. Routers are similar to switches but instead of connecting only devices within a network, it can connect networks. It connects the network to the internet and is responsible for the data transmission between the networks. Routers are very common to find at homes, schools, hospitals, companies, etc. as it gives the availability to users to the internet. For example, routers used in homes can give access to multiple devices to the internet via routers.

In the given figure, the home network is connected to the Internet via Router. This router allows the home devices to access the Internet and keep them safe from external threats. There is a wireless router as well which helps devices connect to the Internet wirelessly.

Unlike switches, the routers can be called little computers that can be programmed, configures, manipulated as asked by the user. Of course, we can configure switches as well. As for the simple traffic routing, it works similar to switches, that is, learn the addresses of the devices initially and then unicasting to them.

Routers operate on the layer 3 i.e. Network Layer of the OSI Model of communication-making it capable of sending data packets across networks using the logical address (IP address).

Earlier, the routers used to be slower in the switches as the complete package was fetched in the software which used to make the operations slow. But, nowadays the operations are done in hardware reducing the latency and increasing the routing speed.

Routers also act as a Firewall by blocking malicious intrusions from the Internet to the networks keeping them safe. Network Security Career | How to Build an amazing Career

5 Top Paying IT Networking Certifications in 2019