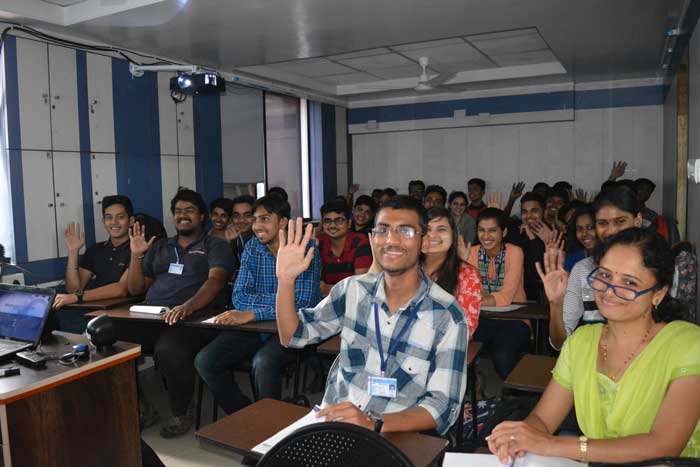 An Industrial Visit has been conducted by MIT Polytechnic College, Pune at Pune’s Biggest Cisco Training Labs at I-Medita Pune {A Cisco Registered Partner} on September 20 2016. Over 28 students of Information Technology Department attended this visit at I-Medita with two faculties accompanying them. During the Visit they were made aware of the world of networking and were introduced to its concepts.

Maharashtra Institute of Technology (MIT), Pune, is a polytechnic college affiliated to the University of Pune and recognized by the Government of Maharashtra and the All India Council of Technical Education (AICTE), New Delhi. Established in 1983 by Vishwanath D. Karad, it is among the first engineering colleges in the private sector in Maharashtra.

MIT introduced its research and development Center to carry out its’ research work and encourage Parents and Students to go for Bachelor’s and Master’s Level. Also, the Training and Placement Call provides special training to students to enhance their soft skills, aptitude capabilities, and group discussions.

The aim of this visit was to introduce students to the world of Networking and their career opportunities in the same.

In this visit, the entire domain of Networking and their role in industries was being explained to students. They were guided with the huge number of career opportunities in this field. I-Medita has Pune’s Biggest Cisco Networking Labs consisting very an immense number of racks of updated technology switches, routers and firewalls and much more. Students were shown the hands-on with the devices and the role of networking with day to day life as well.

Students were also guided with the various Certification Tracks like CCNA, CCNP, and CCIE.

Some Key Highlights of Industrial Visit: